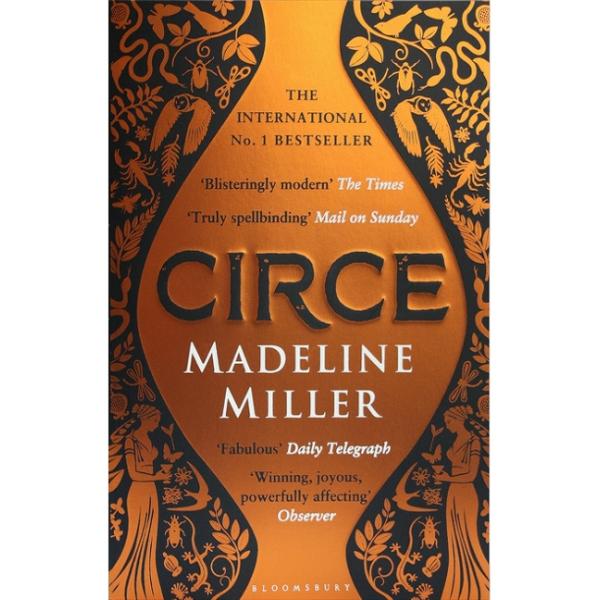 From the Orange Prize-winning, internationally bestselling author of The Song of Achilles comes the powerful story of the mythological witch Circe, inspired by Homer's Odyssey

Chosen as must-read book of 2018 by the Guardian, i, Mail on Sunday, Sunday Express and Stylist

In the house of Helios, god of the sun and mightiest of the Titans, a daughter is born. But Circe has neither the look nor the voice of divinity, and is scorned and rejected by her kin. Increasingly isolated, she turns to mortals for companionship, leading her to discover a power forbidden to the gods: witchcraft.

When love drives Circe to cast a dark spell, wrathful Zeus banishes her to the remote island of Aiaia. There she learns to harness her occult craft, drawing strength from nature. But she will not always be alone; many are destined to pass through Circe's place of exile, entwining their fates with hers. The messenger god, Hermes. The craftsman, Daedalus. A ship bearing a golden fleece. And wily Odysseus, on his epic voyage home.

There is danger for a solitary woman in this world, and Circe's independence draws the wrath of men and gods alike. To protect what she holds dear, Circe must decide whether she belongs with the deities she is born from, or the mortals she has come to love.

Breathing life into the ancient world, Madeline Miller weaves an intoxicating tale of gods and heroes, magic and monsters, survival and transformation.


Circe gives us a feminist slant on the Odyssey . Miller makes these age-old texts thrum with contemporary relevance . An airy delight, a novel to be gobbled greedily in a single sitting (Observer)

In a thrilling tour de force of imagination, Miller makes her otherworldly heroine a complex, sympathetic figure for whom we cheer throughout. Circe is a truly spellbinding novel, the mesmerising shimmer of ancient magic rising from it like a heat haze (Mail on Sunday)

A brilliantly strange work of mythic science fiction, as effortlessly expressive within the palaces of gods as it is about the world below . Superb . This is both a fabulous novel and a fascinating retelling; the best compliment, perhaps, that any myth could hope for (Daily Telegraph)

Circe is poised to become the literary sensation of the summer, as much for the quality of its writing as its timeliness (Sunday Times Magazine)

It is out of these insights that Miller achieves real narrative propulsion . Supple, pitched in a register that bridges man and myth (Guardian)

Illuminates known stories from a new perspective . Miller has determined, in her characterization of this most powerful witch, to bring her as close as possible to the human, as a thoughtful and compassionate woman who learns to love unselfishly . A highly psychologized, redemptive and ultimately exculpatory account of the protagonist herself (Claire Messud New York Times)

An epic that's also a page-turner (i)

Fabulous . Bold and sensuously written, it plays brilliantly with the original myth of Circe (Daily Mail)

The Song of Achilles was a big hit; Circe will be, too (Sunday Times)

God though she may be, here she faces life - and its love, heartbreak, loneliness and motherhood - with immensely relatable humanity. The definition of female strength in all its fractured, fragile glory (**** Stylist)