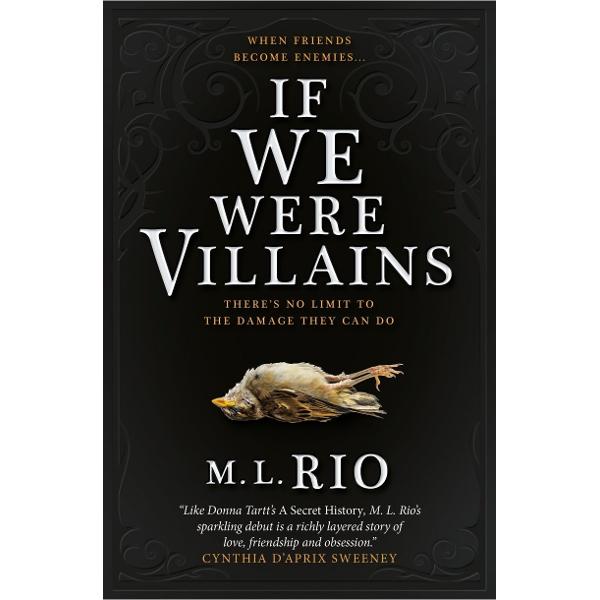 If We Were Villains

Oliver Marks has just served ten years for the murder of one of his closest friends - a murder he may or may not have committed. On the day he's released, he's greeted by the detective who put him in prison. Detective Colborne is retiring, but before he does, he wants to know what really happened ten years ago.As a young actor studying Shakespeare at an elite arts conservatory, Oliver noticed that his talented classmates seem to play the same roles onstage and off - villain, hero, tyrant, temptress - though Oliver felt doomed to always be a secondary character in someone else's story. But when the teachers change up the casting, a good-natured rivalry turns ugly, and the plays spill dangerously over into life.When tragedy strikes, one of the seven friends is found dead. The rest face their greatest acting challenge yet: convincing the police, and themselves, that they are blameless.

Cleverly written and beautifully plotted... anyone who likes Donna Tartt s books will love If We Were Villains too. --Literary Review

"Bloody, melodramatic, suspenseful debut... This novel about obsession at the conservatory will thoroughly obsess you." --Kirkus, starred review

"A tale worthy of the Bard himself...ending in one final, astonishing twist. Recommended for readers with refined literary tastes, and those looking for 'something like' Donna Tartt." --Booklist

"Pulls the reader in from the first page... A well-written and gripping ode to the stage... A fascinating, unorthodox take on rivalry, friendship, and truth, If We Were Villains will draw readers in and leave them pondering the weight of our biggest actions and their consequences." --Mystery Scene

"Echoing such college-set novels as Donna Tartt's The Secret History and mixing in enough Shakespearean theater to qualify readers for the stage, Rio's debut mystery is an engrossing ride...Rio crafts an intricate story about friendship, love, and betrayal. Recommended for readers who enjoy literary fiction by authors such as Tartt or Emily St. John Mandel." --Library Journal, starred review

An extraordinary book that begs to be devoured in large chunks. --New Books Magazine